The Identitarian Ideas that took lives in Christchurch, Poway and El Paso

When a white supremacist burst into a mosque during Friday prayers in Christchurch, New Zealand, a worshipper greeted him with, “Hello brother”. The terrorist then… 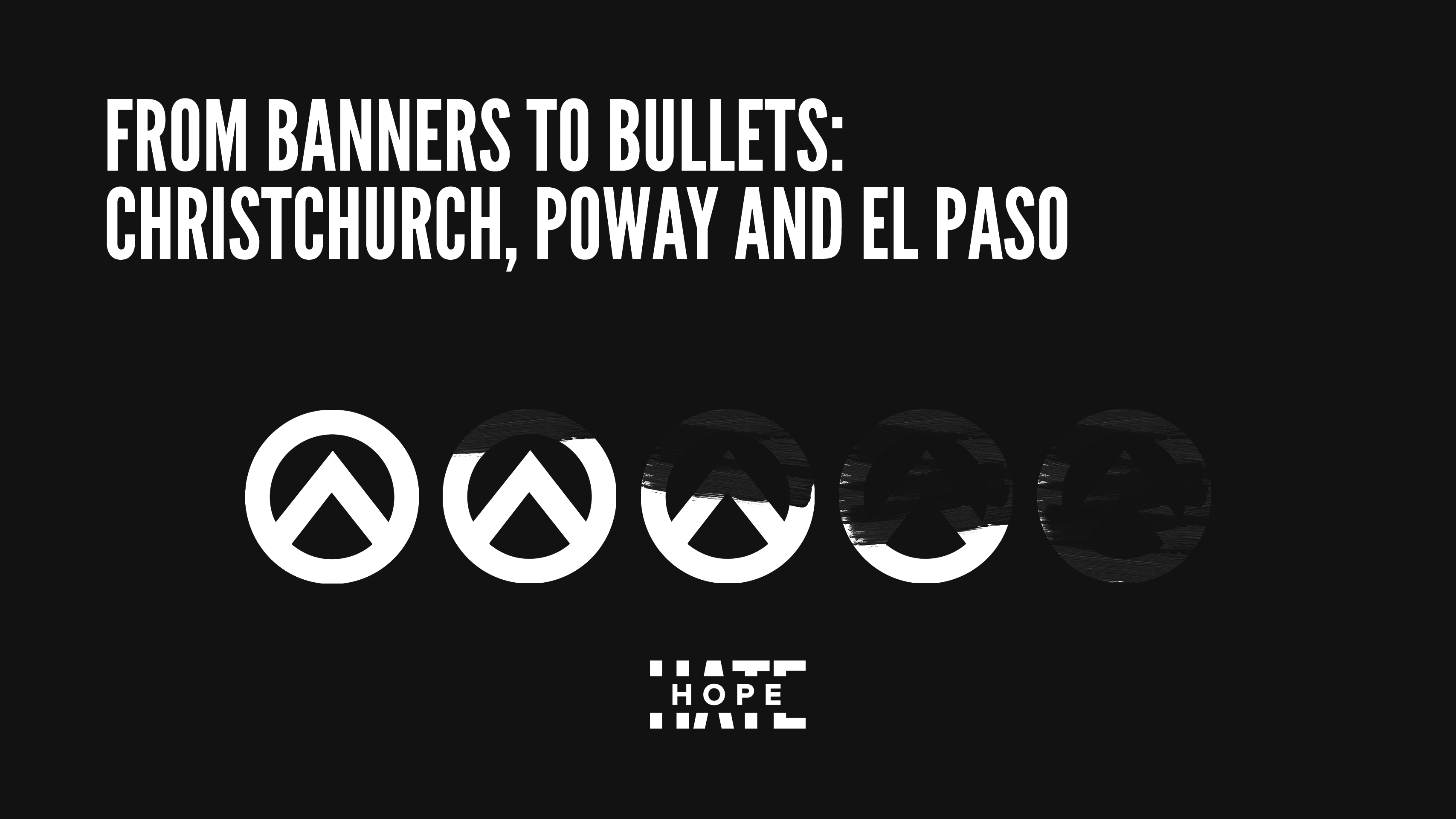 Identitarian leaders tell their supporters that time is running out, giving their followers an ultimatum: Get active or be “replaced” by migrants.

When a white supremacist burst into a mosque during Friday prayers in Christchurch, New Zealand, a worshipper greeted him with, “Hello brother”. The terrorist then proceeded to gun him and 50 other men, women and children down at the mosque and at a further mosque. Most of the victims were immigrants or refugees from countries such as Pakistan, India, Malaysia, Indonesia, Turkey, Somalia, Afghanistan and Bangladesh.

The murderer livestreamed the killing on Facebook and released a manifesto that spread across the internet like wildfire. Away from the internet culture references and trolling found in it were numerous implicit and explicit references to key elements of “identitarian” ideology. This murderous act confirmed what many had been arguing for a while, that despite identitarians claims to be non-violent, their ideology is dangerous.

There is no explicit mention of the identitarian movement by name, but the influence of identitarian ideas, including The Great Replacement and ethnopluralism, is unquestionable

The Christchurch killer’s manifesto fundamentally drew on identitarian ideology. Its very title – “The Great Replacement” – is the central idea perpetuated by identitarians, and one of its core demands – “ethnic autonomy” likewise corresponds to the identitarian desire for ‘ethnopluralism’ (the idea that ethnic groups should live separately to “preserve” them).

The motivations of two subsequent mass shooters targeting minorities in the US – against Jews in Poway, California in April 2019, and against Hispanic people in El Paso, Texas in July 2019 – matched those of the Christchurch killer. In both cases their manifestos cited him as an inspiration, whilst the Poway killer said the “only viable option for [the] survival” of white people and the “European race” is violence, and the El Paso killer said they were “defending [their] country from cultural and ethnic replacement”. In all three manifestos there is no explicit mention of the identitarian movement by name, but the influence of identitarian ideas, including The Great Replacement and ethnopluralism, is unquestionable.

Moreover, beyond ideas, the connections are concrete in the case of Christchurch. In the months that followed the attack information emerged that showed that the killer had actually been in touch with Martin Sellner, de facto leader of the identitarian youth movement Generation Identity (GI), back in January 2018, that the two had exchanged friendly emails, and that the would-be killer had donated significant sums to GI’s branches in Austria and France.

A Web of Influence

The three killers’ familiarity with far-right internet culture is clear, but it is clear from the attacks too that this online environment has become very accepting of an identitarian outlook and this is gleaned most from Christchurch. For example, the attacker’s gun’s inscriptions referenced multiple historical battles that have been used by identitarians for decades as symbols of “resisting” the “Great Replacement” of white Europeans. Though some of these were popular online already amongst the far right due to the international anti-muslim ‘Counter-Jihad’ movement, groups like GI have been adept at spreading them further across social media.

Similarly, amongst the inscriptions on the Christchurch killer’s gun was one that read “Here’s your Migraction Compact!”, a reference to a UN migration pact that GI campaigned against extensively in 2018. Within the manifesto an entire section also calls for violence against NGOs who have “ferr[ied] the invaders to European shores aboard their own vessels”. Similarly, more than any other activist group (online and off), GI has campaigned against NGOs working in the Mediterranean.

Identitarianism has an inherent connection to violence

Many identitarians claim they are non-violent and that their ideas, if enacted, would be peaceful. GI say that, in response to “The Great Replacement” of white Europeans by non-white and, in particular Muslim immigrants, they call for a set of policies under the banner of “Remigration”. These policies, properly understood, advocate forced removal and repatriation of immigrants. It also advocates the lowering of living conditions for immigrants by reducing welfare options, a policy known as “self-deportation”, in the hope that they will leave of their own accord. The inevitable harm caused by such policies is obvious.

This is a racial separatist worldview and the violence it requires is clear, though coverage of those espousing identitarianism has sometimes fallen for it’s activists’ deliberate framing of its ideas as having no logical, inevitable connection to violence. This is often because such ideas are cloaked in language deliberately used to hide their extremity from journalists. It is also because identitarians stress that they do not engage in violence themselves; their self-documented actions involve social media campaigns, handing out leaflets, talking to the public and dropping banners, for example.

However, this too is a facade, with GI’s own members having been outed for violence. In 2018 an Al Jazeera investigation exposed French GI members engaging in racist violence and advocating terrorist attacks against mosques. Eventual turns to violence should not be a surprise in this context. Identitarian ideologues tell their supporters that time is running out for them and give their followers an ultimatum: Get active or be “replaced” by migrants. Despite often preaching non-violence, there is nothing stopping identitarianism’s followers believing violence is the only feasible response to this alarmist rhetoric.

As the Christchurch killer’s manifesto revealed, he followed this path. He stated that between April and May 2017 (whilst travelling through Europe) he went from believing his political goals could be achieved democratically to believing a “violent, revolutionary solution is the only possible solution”. He believed due to the “threat of ethnic replacement and our own horribly low birth rates, we do not have 150 years or even 50 years to achieve positions of power”, and encouraged people to “not suffer under the delusion of an effortless, riskless democratic victory. Prepare for war, prepare for violence and prepare for risk, loss, struggle, death.”