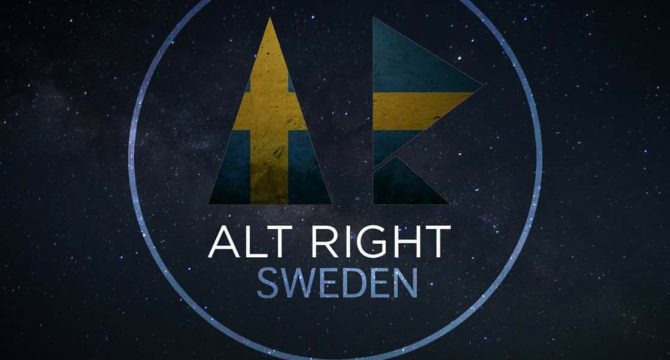 The organisation, Nordiska alternativhögern (The Nordic Alternative Right), is being organised by the prominent Swedish alt-right figure Daniel Friberg alongside the notorious American alt-right figure Richard Spencer. The new outfit is to be run by former Swedish Democrat Christoffer Dulny.

The group will be the Scandinavian branch of Alt-Right Incorporated, an organisation based in Washington D.C. which is an amalgamation of three major alt-right groups: Arktos Books, Red Ice and the infamous National Policy Institute (NPI).

News of Altright Incorporated emerged recently at a far right conference exposed by a joint HOPE not hate/EXPO investigation.

Sweden has become a hotbed of alt-right activity and this weekend will also see the inaugural meeting of the Scandza Forum in Stockholm which is to be launched by a former member of the National Socialist Front, Fródi Midjord.

Other speakers at the Scandza include Kevin MacDonald, the notorious American antisemitite and editor of The Occidental Observer (OO), and fellow OO contributor Dr. Andrew Joyce, who serves as an advisor to the tiny and irrelevant British Renaissance Policy Institute run by Jack Sen. Also, present will be the French nationalist Guillaume Durocher, who writes for both Counter-Currents and the Occidental Observer.