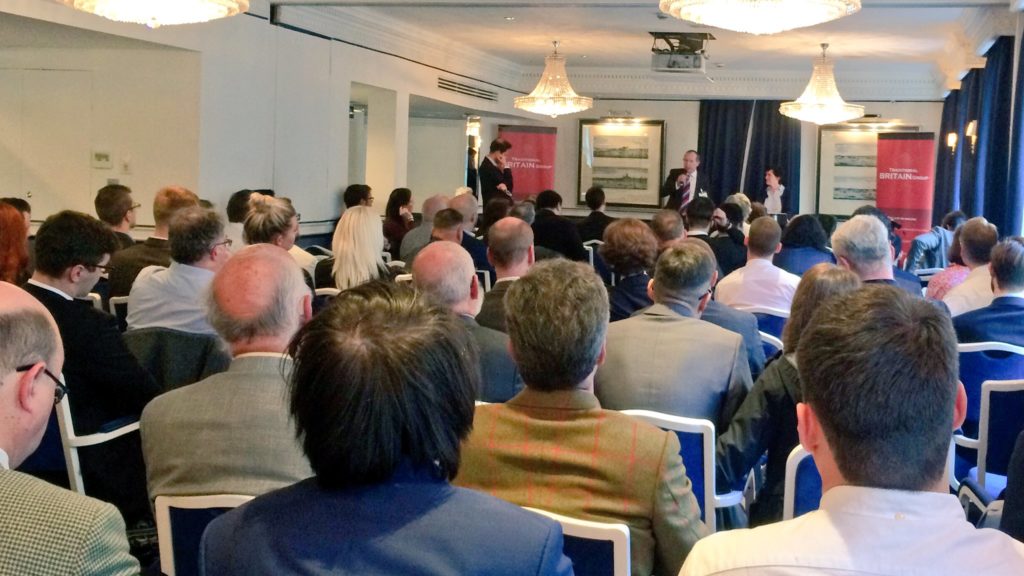 The star speakers at the event were failed UKIP leadership candidate Anne Marie Waters, now of the newly formed For Britain party and Martin Sellner, the Austrian leader of the identitarian movement, Generation Identity (GI).

The sellout conference, attended by 134 people, saw a mixture of the more traditional and older far-right activists like Stead Steadman of the London Forum and former BNP activist Mark Collett alongside a much younger audience than is usual for the TBG.

Martin Sellner arrived in the UK on Friday evening accompanied by his girlfriend, the American far-right content creator Brittany Pettibone.

While here he plans to turn up at the HOPE not hate (Hnh) offices with several GI UK activists who have made a banner for the stunt. He said, “I am planning to visit their headquarters in London during my stay and look how they react if you confront them in private.”

Sellner has regularly complained about Hnh ever since we did so much this summer to hamper his anti-immigrant mission Defend Europe and then also contributed to getting his previous UK speaking event at the UKIP youth conference shut down.