Why did a Tory MP host an anti-Muslim extremist in Parliament? 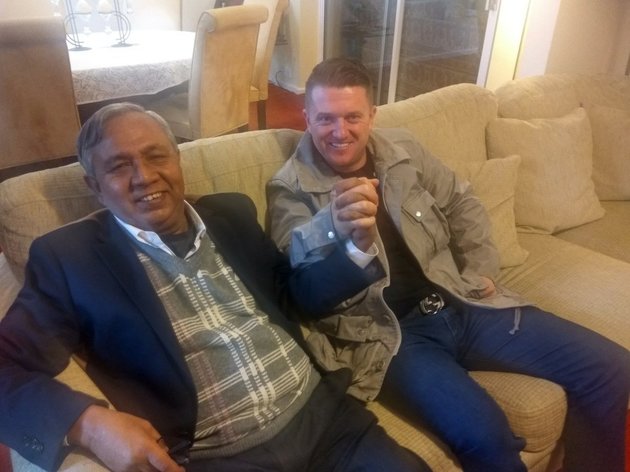 Conservative MP for Harrow East, Bob Blackman, has serious questions to answer after he hosted an event in Parliament which featured a known anti-Muslim extremist, the Hindu nationalist politician Tapan Ghosh.

Ghosh, a far-right figure who has called all Muslims “jihadis” and defended the genocide of the Rohingya community in Burma, was given star billing at a ‘Tolerating The Intolerant’ event in the House of Commons last week, organised by the National Council of Hindu Temples.

In response, we have launched a national petition to condemn Blackman’s actions, which has already generated thousands of signatures, and will later be handed to those politicians who appeared alongside Ghosh in Parliament.

Ghosh has previously accused Muslims of raping a million British children and called for the UN to control the birth rate of Muslims.

One million white English children may have been the victims of Muslim rape gangs, better known as grooming gangs. https://t.co/HSqi2JYqEY

He told the later meeting that he had created a “Hindu Defence Force” in his state, to protect Hindu communities against Muslim violence.

This evening Diwali celebrated in UK Parliament at House Of Commons, London. Many MPs joined. I attended & addressed. pic.twitter.com/k6luchsEHb

Ghosh also appeared this week on Stephen Lennon’s (aka Tommy Robinson) far-right Rebel TV slot, after meeting him to discuss “demography and global resistance against Islamic violence and aggression” in London.

Blackman’s invite to Ghosh has led to widespread condemnation. The Muslim Council of Britain said:

“It is astounding that a Conservative MP seems to have welcomed to parliament with open arms a man who trades in propagating hatred against Muslims in India.”

“If we are to tackle extremism as the government has stated it wants to, then we should not see it emanating on its own doorstep and apparently condoned by its own MPs.”

Shame on Rohingya men. Shame on Islam. Seeing this reproduction rate, how can we blame the Myanmar Buddhists for driving them out? https://t.co/aA1vojtplh

“What makes matters even more unpalatable, is that Blackman is a member of the Department of Communities and Local Government (DCLG) committee. One of the functions of DCLG is to ensure the integration of communities and to ensure that British values of tolerance are protected, maintained and built upon.”

Last week’s meeting was organised by the National Council of Hindu Temples, which had invited Stephen Lennon to speak last year, until the invite was withdrawn following representations by HOPE not hate.

The Home Office has said Amber Rudd was not present when Ghosh gave his speech at the National Council of Hindu Temple’s event and stressed that she “fundamentally did not agree with his views on Islam”.

However, it shows extremely poor judgement that Ghosh was invited into Parliament at all and also reflects poorly on the leadership of the Hindu organisations involved.

Sign our petition now and let MPs know that there is no room for hate in our Parliament.