Of Radio Aryan and Nazi Analysis 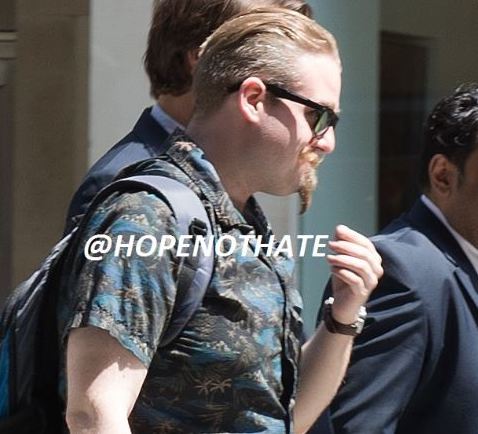 The dust has still not completely settled after the trial of members and alleged members of banned neo-nazi terror group National Action, and the plot to kill Labour MP Rosie Cooper at the Old Bailey earlier this month.

Still, operating in a world they do not understand, your average nazi and fascist hardman is full of worldly opinion on the matter.

None more so than Ben Raymond, the rape fantasist who formed National Action (before being jogged on by his own followers), who has continued to berate the convicted terrorist Jack Renshaw from the safety of his bedsit in Swansea.

We wanted to ask Ben Raymond, co-founder of the hateful, racist and banned neo-Nazi group National Action, whether he accepted any responsibility for the many crimes of its members and former members. He refused to be interviewed. So we visited him outside his Swansea bedsit pic.twitter.com/OxVAs9fUgd

Jealous much, Ben? Raymond recently made another of his defining pronouncements, this time a brilliantly bizarre and muddled performance on Radio Aryan where he discussed the trial while it was still ongoing. He made a number of naughty schoolboy errors, as you would do, reading from the Daily Mail.

Life without the bedsit terror gang he formed has done little to dampen Raymond’s sense of self-importance. He recently claimed he was “one of the most monitored right-wing people in Europe.” If only that were true, Benjamin.

The truth is, Raymond was ostracised inside National Action from late in 2015 over a number of issues. One in particular was (which he denies heavily) his ongoing friendship with and defence of the convicted paedophile Ryan Fleming.

The weird and naughty boys of National Action finally found Ben Raymond too weird for even their eclectic tastes. Christopher Lythgoe, who took over National Action from both Alex Davies and Ashley Bell – and is now serving an eight-year sentence for belong to a proscribed organisation – refused to hand the gang back to Raymond.

Still, that did not stop Raymond being the boy servant of the group. Even when they gave him a ‘hazing’ in a flat in Newcastle as National Action headed for proscription, he still hung on dearly to the idea he would one day be their leader again.

Even when curled into a tearful ball in that grotty flat and crying uncontrollably as ‘Amelia’ from Nottingham shouted homophobic abuse at him, he wanted his gang back. Such was the ferocity of the attack and the tears of a hurt and dented dainty Fuhrer so blue, by all accounts it was like watching a sad and fabled Frankenstein being attacked by his own monster.

Now as Raymond runs his mouth off besmirching those who have been imprisoned for following his early lead, he has been joined in his endeavours by one Steve Stone (no, not the ‘Action Man’ of the same name).

Stone is better known as ‘Sven Longshanks’, the intrepid voice behind the persistent use of the N-word on his Radio Aryan radio show. Stone promotes the idea of the supreme Aryan being by using words like “Niglets” and “mud people” to describe those he is scared of.

Stone spends his Sundays interviewing a whole host of race haters for broadcast to other Hitler fanatics while his Mummy cooks him his dinner: steak, obviously.

Between these two, they have built a narrative as bizarre and contrived as Ben Raymond’s attempts to get into the Old Bailey during the trial of his former friends. Surely the constant interviews and “expert analysis” by Ben Raymond would be better served or at least livened up by asking Raymond about the night out in Swansea with Chelsea? No? I’m sure it will all come out soon enough, Ben…

Anyway, during his rather poor forensic investigation into the trial this week, Stone has turned his Aryan attentions to Robbie Mullen, our source inside the gang who helped save Rosie Cooper’s life. In it, Stone describes Mullen as a “pudgy looking homosexual character” and claims there was absolutely no evidence at the trial.

Perhaps Stone should have come to the trial and hid behind Ben Raymond who stood in the street outside of the Bailey unable to find the passage for members of the public to view the proceedings?

And finally, maybe Radio Aryan should ask exactly what role the convicted nazi paedophile and Satanist Ryan Fleming is playing in the ‘mysterious’ System Resistance Network.