For Britain: a magnet for racists and nazis 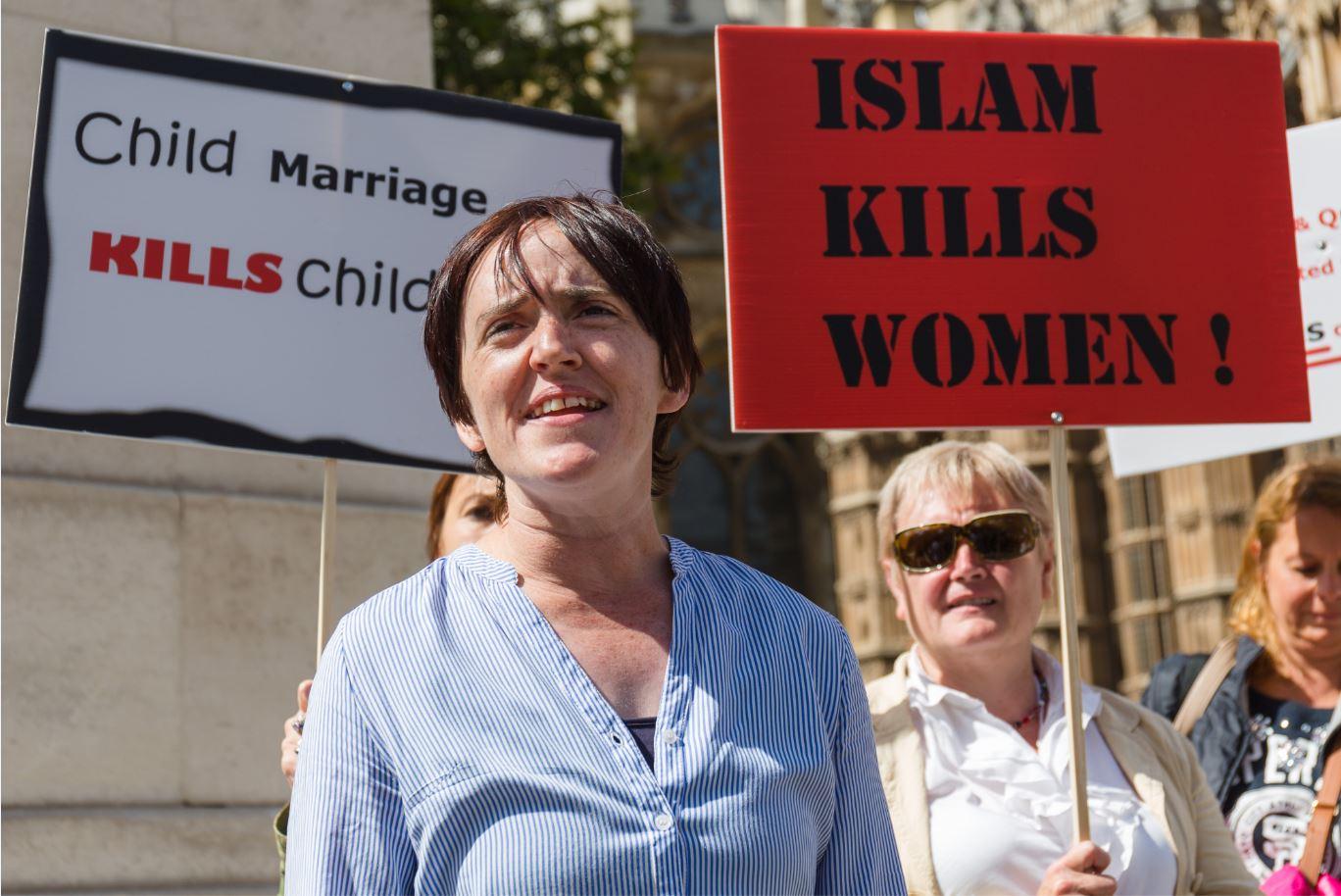 Anne Marie Waters, head of the anti-Muslim For Britain Movement, insists that her party is not “far right”. However, new research from HOPE not hate reveals yet more extreme figures linked to her party.

We will be releasing shocking details about For Britain’s upcoming conference tomorrow.

We have previously exposed a slew of far-right figures attending and even compèring meetings of the Epping Forest branch, including Sam Swerling of the Traditional Britain Group, former BNP elections chief Eddy Butler and former BNP councillors Julian Leppert and Susan Clapp.

A long-time associate of Waters is the video producer Lucy Brown, who provided photography for For Britain’s launch event in October 2017 and is best known as a former member of Stephen Lennon’s (aka Tommy Robinson) team.

In May she experienced a spectacular fall out with Lennon in the wake of the Day for Freedom demonstration, however, and subsequently revealed the inner workings of Lennon’s camp to The Sunday Times. HOPE not hate understands that since splitting with Lennon, Brown has become closer to Waters and offered her services.

Brown has sharply veered to the extreme fringes and has recently become involved with a number of the UK’s leading white supremacists, embarking on a camping trip with nazi vlogger Mark Collett, white nationalist vlogger Colin Robertson (aka Millennial Woes) and online nazi Christian Bell (aka Based British).

Posing with Bell, Brown can be seen in the image below wearing a Sonnenrad (Sunwheel) necklace. This symbol famously adorned the floor of the north tower of Wewelsburg Castle after renovation by SS-leader Heinrich Himmler, and has become ubiquitous in neo-nazi circles. Brown has again been spotted with her sunwheel pendant in September at Hyde Park’s Speakers’ Corner (see below).

Brown is also an associate of Tom Dupré, the former leader of the UK branch of Generation Identity, which advocates for a form of racial separatism.

HOPE not hate can also reveal that Sam Sibbons, a central activist with Generation Identity, is also an active member of For Britain’s London branch. Sibbons joined the party in November 2017 and has helped to organise leafleting sessions for Waters’ party in Havering, London.

Early in September a man known as Tan, wearing a For Britain t-shirt, was filmed giving an extreme racist and antisemitic rant at Speakers’ Corner, where he’s a well-known figure and a regular attendee. Claiming to be reading from the “Tan For Britain” manifesto, he declared he was going to “f**k the Jew, f**k the n***er” and that “blitzkrieg is coming”.

He later stated that “the number of Jew casualties during World War 2 are peanuts” and that “this message is brought to you by the British Gas”. After this, Tan asked the crowd: “You know why people always say black people have low IQ? […] maybe because it’s true”.

Tan also told the crowd that “the party is full of members who care, don’t take my word for it, go have a pint with them in the pub”. The party has since put out a statement distancing itself from Tan, stating that “this individual does not speak for or represent the party in any way”.

Latest in a long line

These revelations are just the latest in a long line of HOPE not hate exposés of extreme figures in For Britain. That the party has been so swamped with extremists is in part due to UKIP’s longstanding ban on former members of far-right organisations, such as the fascist BNP and anti-Muslim street gang the English Defence League (EDL), forcing extremists towards Waters’ party.

In June we exposed Sam Melia, who represented the party in Leeds in the May 2018 local election, was a former member of the neo-nazi group National Action (NA), now banned as a terrorist organisation. Melia busied himself spreading pro-nazi material in For Britain’s official members’ Facebook group.

We have also exposed other For Britain local election candidates engaging in appalling racism online, including Leeds candidate Stuart Nicholson. On his now-suspended Twitter account he retweeted a post saying:

“National Socialism is the alternative to degeneracy we currently face. It is a pathway to freedom and prosperity. It is an escape from Jewish Tyranny. It is the Future of our people.”

He also shared these images. Both Melia and Nicholson were ejected by the party after their extremism was made public by HOPE not hate. Waters had claimed that her local election candidates were selected after “strict vetting”.

Stay tuned for further exposes from HOPE not hate about For Britain’s upcoming conference, which is set to feature speeches from both disgraced “journalist” Katie Hopkins and Holocaust denier Ingrid Carlqvist.

Read more of our content about For Britain here: