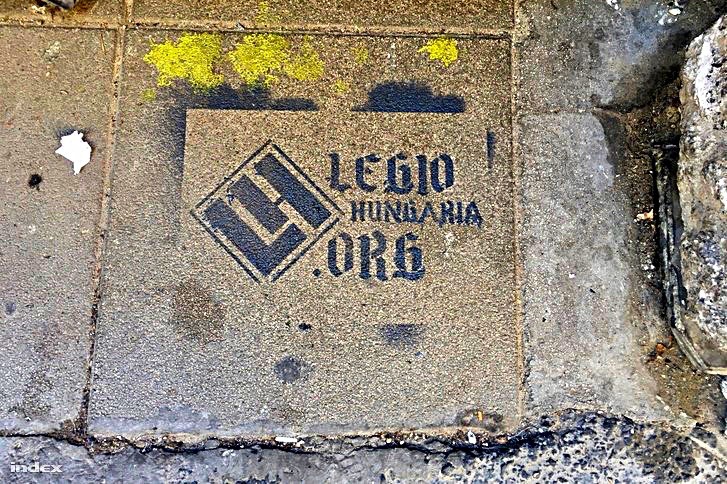 Bernard Rorke reports on the violent attack on the Auróra centre in Budapest.

Yesterday’s commemorations of the Hungarian 1956 revolution were marred by yet another attack on the Auróra centre in Budapest’s eighth district. A 50-strong mob of uniformed neo-Nazis, members of the so-called Legio Hungaria, gathered outside the community centre, tore down the rainbow flag over the entrance, set fire to it, and plastered the building with fascist stickers. According to Ádám Schönberger, director of Marom, the Jewish association that runs and owns Auróra, the centre was empty at the time of the attack and no-one was injured.

The police issued a statement that they have ordered an investigation into identifying the perpetrators. The newly-elected left liberal mayor, András Pikó condemned the attack, declared his solidarity with Aurora, and called on the police to provide security for the centre, which was open for business hours later, with a new rainbow flag flying from its doorway.

Auróra describes itself as a social enterprise created to connect cultural programs, and civil and activist organizations, committed to community building, fun and participatory democracy. The centre functions as a hub for groups, including the Roma Press Centre, Budapest Pride, the Migszol refugee advocacy group and the Zold Pok agency for social activism. For the past couple of years, Auróra has been the target of far-right disruptions and a sustained campaign of government harassment.

Targeted by the far right

In March 2017, at a ‘Stop Soros’ far-right event, former BNP leader Nick Griffin described Auróra as being “notorious for drugs, Gypsy crime and left-wing students and therefore the ideal place for Soros to pour money into creating Hungary a rainbow minorities alliance opposition”. As part of a wider effort in Soros’s ruination and Islamicization of Europe and ‘the darkening of the West’, Griffin remarked that the centre was just walking distance from the venue and urged the youthful Hungarian fascists in the audience to pay it a visit.

Weeks later, a dozen uniformed members of the extremist 64-Counties Youth Movement filmed themselves marching on the centre, spray-painting and plastering the front of the building with anti-Soros and anti-migrant stickers. On Facebook, they warned Auróra that it was “far from untouchable” and that they would be back again to say hello.

This coincided with a sustained “discriminatory and purely political” campaign to shut the centre down. The pro-government outlet Origo labelled Auróra the “Soros drug den”, claiming local residents had been “unable to sleep for years” because of noise disturbances. Other articles in pro-government media labelled it the ‘Hungarian general headquarters of George Soros’. Former Fidesz mayor of the Eighth district Botond Sára, openly emphasised Auróra’s oppositional stance in a press release urging the centre’s closure. As Schönberger put it, “By creating a safe space for civil organisations, we became a sort of enemy of the state”.

The Marom director described how police raids, closures, and administrative harassment had placed a tremendous strain on Auróra; and how he found himself meeting police every other week and consulting lawyers every other day; and that money raised through crowd-funding could not cover the financial losses they have suffered “as a result of this political aggression against us”.

There is no doubt that official hostility to Auróra has emboldened neo-Nazis to attack the centre. Recently, the convicted far right terrorist György Budaházy led a thuggish ‘free speech’ invasion by neo-Nazi ‘normals’ from the Mi Hazánk Mozgalom (Our Homeland Movement) to disrupt an LGBT workshop in Auróra. The police stood by passively as the fascists unfurled banners saying ‘Stop LGBT Propaganda’ and ‘Zero Tolerance’ and threatened participants. Budaházy has publicly boasted that “their party’s work is in line with Fidesz’s interests”, and that Mi Hazánk “helps Fidesz control the radical right”.

The routing of Fidesz and the victories of the left in the Budapest municipal elections can only be good news for Auróra. The new mayor Pikó, on the scene in the wake of yesterday’s attack on the centre, in a message of personal and official solidarity with Auróra, stressed the importance of the safety of all the people and communities of Józsefváros district. While official municipal-level harassment is now over, the extremist threat remains. It will be incumbent upon law enforcement to understand their duty to ‘serve and protect’ actually involves taking action against neo-fascist intimidation. 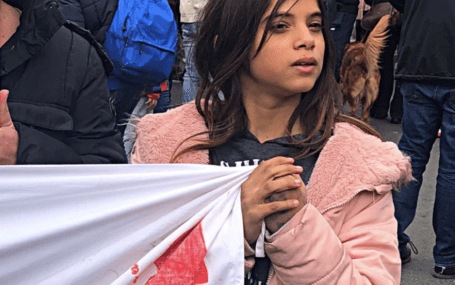