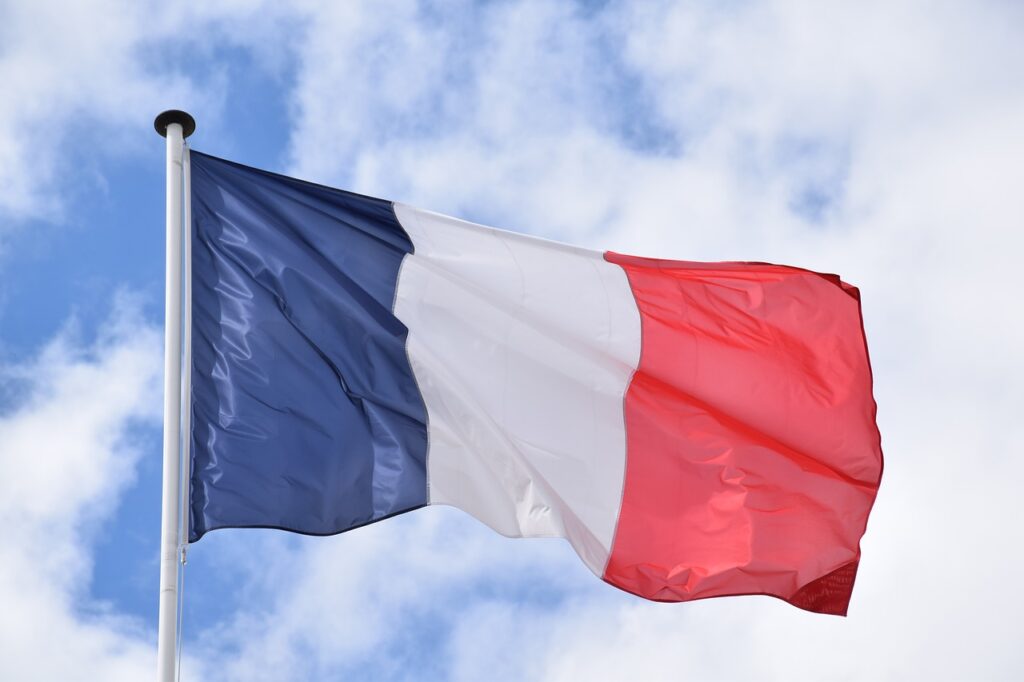 The Great Replacement theory used to be confined to the fringes of the far right yet is now discussed on mainstream television platforms and newspapers in France.  Coined by French writer Renaud Camus in 2011, it rebranded an old far-right fear of white Europeans being “replaced” by immigrants. The Great Replacement in France according to Camus, is the immigrant population from North Africa who are replacing the indigenous French people. He sees a global elite as responsible for encouraging this demographic change. It was one of the core beliefs of the Identitarian movement, which was banned in France in 2021 for incitement to discrimination, hatred and violence. At the core of this idea is the belief that non-white and Muslim migrants pose an intrinsic threat to white, non-Muslim Europeans.

It is also based on projections that real demographers have repeatedly argued are not reliable basis for long-term predictions. An increase or decline in the birth rate of one group or another does not necessitate its continued increase or decline in the long term, nor does an influx of non-European migrants into Europe necessitate that this will continue at that rate or grow further still in the future. Moreover, the implications of this unfounded projection highlight their racist and anti-Muslim stance, by assuming that, their fellow non-white, Muslim citizens intrinsically pose a threat to their ethnic and cultural heritage.

Far-right channels on Telegram often reference “Francistan” when deploring what they perceive as a Muslim invasion. The Telegram group Paris Nationaliste, which includes neo-fascist Yvan Benedetti, provides a good selection of the language found on these channels. One message reads: “Instead of protecting the French people against Muslim terrorism, anti-white racism and mixed-race criminals, the dhimmi Macron will protect the eternal victims, the nice Muslims from the mean white racists. The prophet is happy, Inshallah.” Dhimmi is a historic term for non-Muslim subjects in a Muslim territory. The term is peppered within far-right circles online, fitting into the myth of Eurabia: a far-right Islamophobic invented myth about a plot to destroy European nations by Islamising and Arab-ising it.

For Identitarians, a “demographic crisis across Europe” is occurring wherein “our peoples are becoming a minority in their own countries” due to “declining birth rates, mass immigration and the sharp increase in Islamic parallel societies”. When a white supremacist murdered 51 people in Christchurch, New Zealand in 2019, his manifesto was titled “The Great Replacement”. It included several ideas that are peddled by the far right in France and that have even crept into the mainstream. This includes the idea that immigrants are invading and colonising white lands, that the white race is under attack and that Muslims are the major threat to Europe and its indigenous people. Mass killers who have slaughtered civilians in Germany, Norway and the United States have also cited the theory as a motivating factor.

In response to the “Great Replacement”, Identitarians propose a set of policies under the banner of “Remigration”. This would in theory reverse the flow of migrants in Europe and includes cutting down the welfare state for migrants and introducing policies of “de-Islamisation”. According to Generation Identity this would mean “banning the burqa, banning minarets [and] banning preaching in different languages” with a view to creating a situation where people would go back to countries where they “really could live their faith”. At its core, remigration would involve the forced removal and repatriation of non-white, Muslim immigrants that they believe shouldn’t be resident here, which would likely result in violence. When examining Zemmour’s rhetoric on France, his solutions are near indifferentiable. His answer for what he sees is to “re-conquer” the country. This includes deporting foreigners disrupting public order, banning the headscarf in public spaces, as well as minarets or visible mosques. “It is time to stop all foreign infiltration, it is time to impose on Islam… respect for our identity.” Over the election season, Zemmour has openly referred to the Great Replacement theory. He said on LCI, “The French people are being replaced by another civilization. This wounds me, this destroys me. I come before the French people to say, let’s together stop this evolution.” The clip was repackaged on several of his social media profiles and amassed 14,000 views on Facebook alone.

Zemmour isn’t the only far-right political personality who has subscribed to this theory. Marion Marechal, niece of Marine Le Pen who is also running in the French elections, said, that “on a certain number of French territories, what we call indigenous French people has been replaced by a recently immigrated population”. Non-far-right politicians have also mentioned the theory.  Valérie Pécresse, a candidate for France’s main right-wing party Les Républicains, drew criticism after mentioning the conspiracy theory at a large campaign event. Members of her party were quick to clarify that there was no Great Replacement in which immigrants were changing the demographics of Europe, trying to once again separate the right-wing party from the far right. However, it is not the first time Pécresse has used the term and the concept has already permeated the mainstream.

Le Pen has been cautious throughout this election season to broaden her support base and has refused to use the term directly in the last few years. She stated in 2014 that she believed the Great Replacement was a conspiracy theory. However, she has used coded language to refer to the theory. In 2011 she said that the French government wanted to “replace the French population by immigrants” and has given speeches about this replacement without actually referencing Camus’ theory. She’s also encouraged people to read Le Camp des Saints, (The Camp of the Saints), a novel in which France is overthrown by a million starving and sex-crazed Indian refugees when the French army is not prepared to fire on them. The novel has become a reference book for far-right personalities such as former Donald Trump advisor Stephen Bannon.