A new report looks into how the French far-right parties, under Marine Le Pen and Eric Zemmour, have led the political discourse over the 2022 election season and have encouraged far-right narratives into the mainstream.

We examine two case studies, a documentary about the Islamisation of the Northern city of Roubaix, and the free speech controversy surrounding Mila, a 16-year-old Instagram user. The two incidents were instrumentalised by the far right online to present a binary debate around the issues.

Attempts were made to frame the two incidents through the restrictive lens of the dangers of immigration, the incompatibility of France and Islam, as well as conspiracy theories such as the Great Replacement, Eurabia, and Muslim immigrants being sexual predators to varying levels of success. 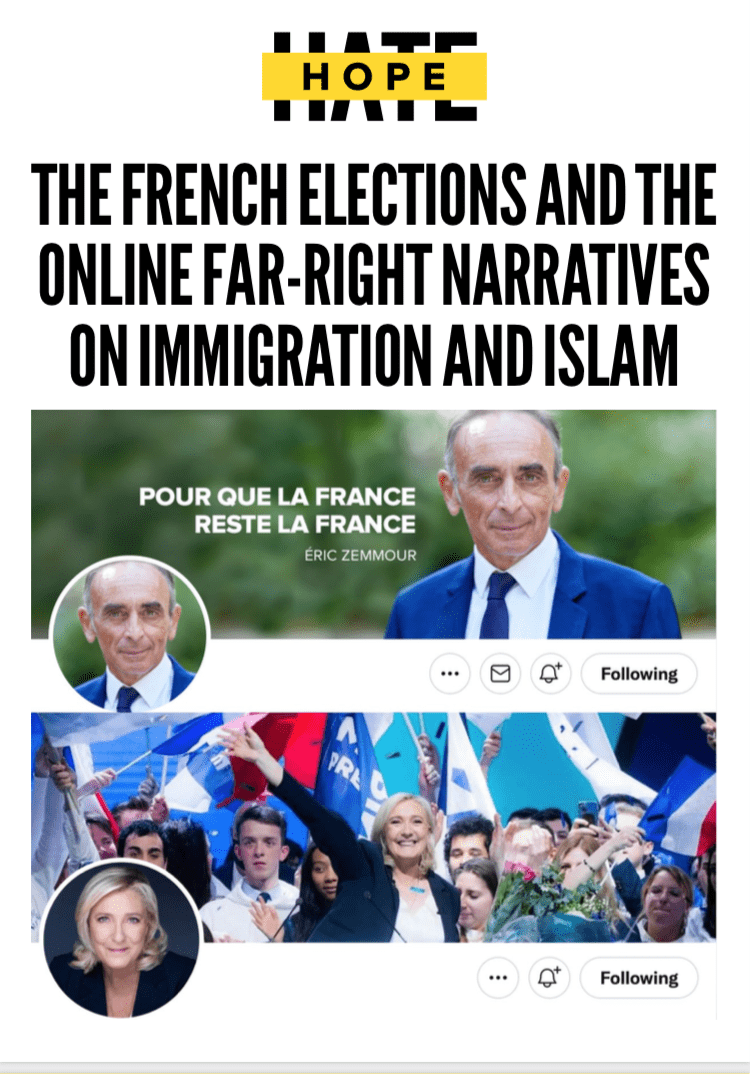 A Crisis Of His Own Making: Tommy Robinson back in court
More Latest News & Blog Content