Parachuting in and hijacking concerns: The far right come to Linton-on-Ouse 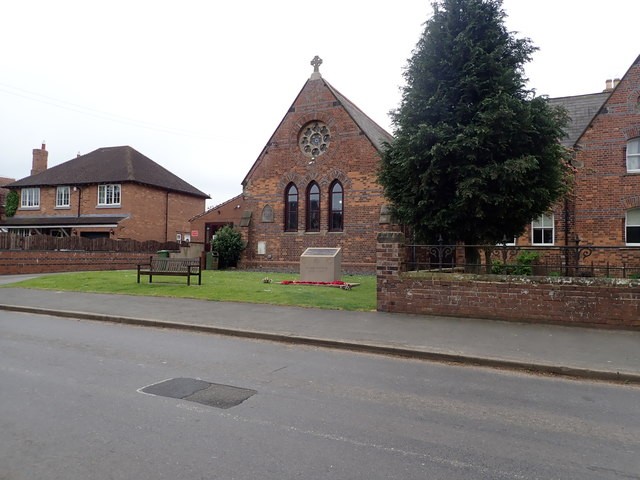 The far right are attempting to stoke up tensions in Linton-on-Ouse, a small village in North Yorkshire, after the Home Office announced plans to house asylum seekers there. It won’t be the last time they try to seize the narrative around asylum seekers.

Residents of the village only found out mid-April that a former RAF base nearby would be welcoming up to 1,500 asylum seekers in June. They have raised concerns on the safety of such a move, the capacity of a village with 700 residents to absorb such a number and the wellbeing and safety of the asylum seekers in this remote location, especially with the increased far-right activity. The Home Office has since then apologised for not consulting residents, however plans are still going ahead and various far right and anti-migration figures have jumped on the issue, seeking to exploit concerns both online and in person.

Soon after the news broke, Sam Melia, a regional organiser for Patriotic Alternative (PA) –  the largest and most active fascist movement operating in the UK – showed up with two other members. He claims he knocked on every door in the village, asking residents questions about the incoming asylum seekers. The questions ranged from how they felt about the news, to whether their MP had done enough on the issue.

PA does not usually operate on door-to-door visits and surveys, however the situation in Linton-on-Ouse has seen the group switch tactics. In public and on its leaflets, PA makes no mention of its neo-Nazi links and the antisemitism at the heart of the group. However, a HOPE not hate report revealed how PA organisers and activists privately heap praise on Adolf Hitler and express their regret that Nazi Germany did not defeat the Allies in World War II. A number of key activists were involved with the now-banned Nazi terror group National Action at different stages, while other members cut their teeth in violent hooligan gangs like the Scottish Defence League and Pie & Mash Squad.

PA also ran a “Demographic Replacement Awareness” campaign during April, a national propaganda drive that saw numerous banner drops, leafleting competitions between different branches and publicity stunts. The group claims to have delivered over 138, 800 leaflets nationwide during the month. One of PA’s main goals is to get media coverage, and the announcement of the incoming asylum seekers made Linton-on-Ouse the centre of a press storm and ripe for exploitation, leading to attempts to hijack the concerns of locals to push the far-right Great Replacement theory. However, dDespite the far right attempting to present themselves as the “authentic” voice of the public, virtually no locals turned up for their “protest”, which saw a handful of PA activists milling about the town hall before travelling home again.

Other opportunists were anti-migrant activists such as Alan Leggett (AKA Active Patriot) and Amanda Smith (AKA Yorkshire Rose). Both are part of a small but very active group of figures that film arriving migrants in Dover and harass hotel accommodations they suspect of housing migrants. The videos are then shared widely on various messaging boards accompanied by hundreds of angry and racist comments.

Leggett is usually filming the docks for arriving migrants and asking for online donations to buy a boat and patrol the channel. When the news about Linton-on-Ouse broke, he went to interview residents for his channel and posted a long talk with a UKIP-supporting resident displeased with the situation.

Smith is another anti-migrant activist who parachuted into Linton-on-Ouse. Within the last two weeks, she has already capitalised on the news by posting six videos of the village, many of them just of her filming the RAF base from the outside while theorising on the dangers the asylum seekers pose. She used phrases like “the locals are terrified” and “they’ve asked us to put the word out there, they’re terrified.”

Her YouTube channel, which has just under 2,500 subscribers, mostly consists of videos where she films herself visiting hotels she suspects are housing asylum seekers and harassing staff, security guards and anyone she suspects of being a migrant. In January 2021, she and Leggett were arrested for causing alarm and distress and she claims they were banned from the area as part of their bail conditions.

The unifying factor between the PA and anti-migrant activists is their attempts to seize the narrative and position themselves as the voice of the residents. This includes linking the concerns of residents to over-arching far-right narratives about the white population of Britain being replaced by asylum seekers, who are portrayed as “colonisers” and “dangerous”.

According to official statistics, there are currently up to 16,000 asylum seekers in temporary accommodation including hotels, hostels and disused military barracks across the UK while they await longer-term housing. The overall number of people staying in asylum-related facilities has tripled in the past 10 years to 64,000. While Linton-on-Ouse has a good network of NGOs and refugee support groups that are helping address the concerns of citizens without vilifying asylum seekers, the speed of the far-right response is increasing. It is likely the number of asylum seekers within the UK will only rise in the coming years and the far right will intensify their attempts at stoking divisions and spreading fear around the migration issue.

Patriotic Alternative: what you need to know about the Nazis exploiting the media
Right Response