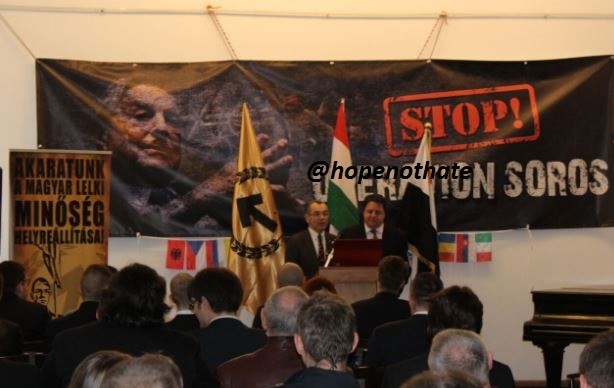 Last September we caused a stir when we published in our magazine and then online, an investigation into the activities of Jim Dowson and Nick Griffin in Eastern and Central Europe. Primarily, our concern was the Hungarian capital, Budapest, from where the two former leaders of British far-right parties had gone into retreat against modern, western Europe. Both were and are still, continuing to sell the idea both ideologically and for potential financial gain, of moving to Hungary to other out-of-date fascists around the world.

But their activities have not stopped there; and despite both solemnly promising that their new lives in Hungary would be more culturally active than politically divisive, both men continue to pursue the very same agendas that led them to political ruin in the United Kingdom.

It was Dowson that set up the paramilitary styled Britain First in 2011. Having tired of that and seemingly also grown bored of the sort of people who swig lager outside of Mosques to make a political point, he certainly has not tired of the uniforms.

In the past eighteen months Dowson, who is now referred to as the “Silver Fox” by far-right circles in Budapest, has maintained his attraction to what are now openly deemed ‘militias’, and has taken his passion further than even the British government would have allowed him.

Dowson and Griffin have in the last two years grown tentacles in Serbia, Hungary, Bulgaria, Slovakia, the Czech Republic and Belarus. And these tentacles are not with polite, tea drinking old ladies; everywhere the two go, so follow men in uniforms.

In the latest edition of HOPE not hate magazine we report from inside a meeting where Griffin was the opening speaker among a rag-tag collection of both Hungarian and European fascists as part of the ‘Operation Stop Soros’ initiative that Griffin and Dowson were helping launch in Hungary.

Hungarian entrepreneur Soros is deemed a wicked and “perverted” influence by the far-right for initiatives to liberalise and promote liberal ideas and institutions in Hungary.

The Hungarian Prime Minister, Viktor Orban- himself no shrinking liberal, has also more than a few issues with Hungary’s most popular person (Orban came second in a poll, apparently.) Not only has the Hungarian government tried to force the closure of the Central European University  which was founded and funded by Soros, Mr Orban has been most forthright in his dislike of Soros and any sign of Hungarian liberalism in general.

According to Orban, Soros is a “Large bodied predator.”  This kind of climate and the scapegoating and imprisonment of refugees and asylum seekers as well as a growing anti-western and anti-EU stance by the government there, should give a brief idea as to why so many failed far-right activists  are suddenly finding Hungary a nice place to hide.

Both Griffin and Dowson are convinced that the west is lost to immigration, Islam, abortion, homosexuality and all other kinds of “ills” they are keen to run away from.

Dowson is claiming that “up to five million” children a year are being aborted by the British government.

It’s just one of many shock tactics that he and Griffin are using as they agitate against any sign of western influence seeping into or behind some kind of new Vasfüggöny (Magyar for ‘Iron Curtain’) the two hope to build.

But, never mind an iron curtain. One of their closest allies and friends in a country that builds anti-refugee fences as a matter of course and electoral promises is László Toroczkai. Toroczkai is tipped to be the future leader of the main Hungarian opposition party Jobbik, and a man who has long bought into the idea keeping Hungary white, Christian, anti-homosexual and anti-Islam. Having a party like Jobbik as the main opposition, appears to have made Orban ever harsher and more extreme in his bid to hold onto power.

This being the climate in Hungary, it is clear that few of the things they hate would want to follow Griffin and Dowson to Hungary. That is except for George Soros, the actual Hungarian.

During his speech at a ‘Stop Soros’ rally in the Hungarian capital in March, Griffin described Soros as “using his billions to fund a massive campaign promoting subversion and perversion across the planet or rather those parts of the planet traditionally inhabited by people like us.

“I asked the organizers of this conference if they will be discussing the Aurora Centre, almost no one has heard of it. The Aurora Centre is logically enough in Aurora Street in the 8th district within walking distance of here. It is notorious for drugs, Gypsy crime and left wing students and therefore the ideal place for GS to pour money into creating Hungary a rainbow minorities alliance opposition.”

Griffin went on to describe how the centre is run by a “left wing Jewish youth association as part of its outreach mission to young unaffiliated Jews who it tries to bring back to the fold and I quote ‘sneaking Judea-ism into our program just to give them a taste and whet their appetite’.”

It was a classic Jewish conspiracy rant by Griffin. He had even opened his speech by declaring people would describe his speech as “conspiracy theory”. Feeling clever, he had also noted that even the organsiers’ had not heard of the Aurora centre.

The right were given somewhat of a jolt a month after Griffin’s rant, when over 100,000 people took to the streets to protest against Orban and his plans to close the University. It was viewed by many as a pro-Soros demonstration by mainly young people worried their country was regressing into a closed state. Of course, conspiracy theorists countered that Soros was somehow flying people into the country on a fleet of private jets to protest and that there was no way these people were real Hungarians.

Last week, a paramilitary neo-Nazi group known as the Sixty-Four County Youth Movement (Hatvannégy Vármegye Ifjúsági Mozgalom) stormed the Aurora Centre and filmed themselves trying to destroy the centre. They even plastered the building with ‘Operation Stop Soros’ stickers.

The centre is in fact, not linked to Soros at all. Aurora functions as the headquarters of several additional groups, including the Roma Press Center, Budapest Pride (a gay rights organization), the Migszol refugee advocacy group and the Zold Pok agency for social activism. An article about the attack and the film of it happening can be viewed here.

Having apparently never heard of the Aurora centre, it has now been attacked by far-right thugs who did not even bother to hide their faces and filmed themselves, putting the video of their work on YouTube.

One of the other speakers at the launch that day in March with Nick Griffin and Jim Dowson was Béla Incze the Vice President of the neo-Nazi gang. His speech was so extreme and threatening towards “liberals” that my colleague and I left the conference early. His interpreter either could not or would not translate his threats in full.

The former head of The Sixty-Four Country Youth Movement is also Dowson and Griffin’s friend, the Mayor himself, László Toroczkai.

Nick Griffin responded to our request for a comment.  He said “You people attack me all the time in speeches and campaigns.. does that make you responsible for the physical attacks to which me and my colleagues were subjected by other leftists?

Let’s hope it is a mere coincidence and not the shape of things to come. Last month Griffin wished Nicolas Sarkozy dead! 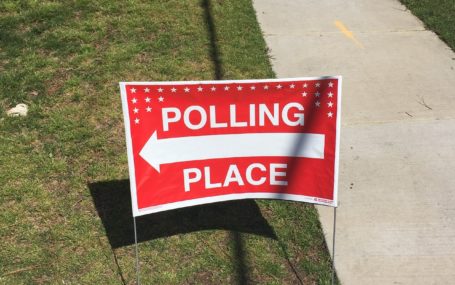