France in uproar over the headscarf (again) 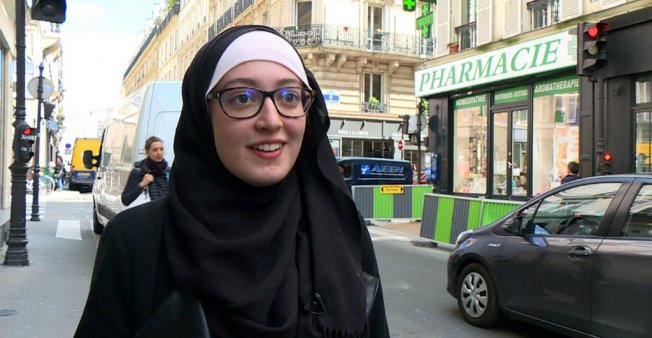 When a French teenager took part in a TV documentary, she had no idea she would become the centre of a political and media storm due to her headscarf. The debate has reignited ongoing tensions over Muslim headwear and its place in France’s secular state.

Maryam Pougetoux is an ordinary French citizen. The grandchild of WWII resistance fighters, she studies literature at the Sorbonne University and is president of France’s leading student union, UNEF. She is also a Muslim and happens to wear a headscarf.

When Pougetoux agreed to be filmed for a documentary, it was to discuss the ongoing student protests over educational reforms. However, it was her hijab – a veil covering her hair and neck – that became the centre of a national debate that has veered from the Islamophobic to the hysterical.

The 19-year-old has received a deluge of hate, her telephone number published online and she was slammed by many prominent politicians and journalists.

The controversy sparked when political scientist and adherent to a specific brand of secularism, Laurent Bouvet, posted an image of Pougetoux from the televised interview on Facebook to comment on her headscarf.

The social media reaction was immediate. Essayist Celine Pina wrote on Facebook that Pougetoux exemplified the Muslim Brotherhood’s “infiltration of student unions”, perverting their history of advocating for women’s rights.

“As a founding member of Unef … the union leadership that approves this young woman as a leader defiles all the struggles we led in the universities.”

Pougetoux’s main crime for many appears to be holding a public position – union leader ­– while also wearing a religious symbol. For them, she is violating “laïcité” or secularism which guarantees the separation of public institutions and religious organisations.

In the name of secularism — and gender equality — wearing a headscarf, or any kind of religious symbol, has been illegal in French public schools since 2004. Face-covering niqabs and burqas have been banned in public spaces since 2010. And in 2016, officials enforced a local ban on ‘burkinis’ on beaches before the courts stuck that down.

Pougetoux disputes that her veil is political. She also notes that she was taking part in the civic life of a French public institution, not attempting to withdraw or separate.

“Frankly, I’m a student. People forget, but I’m just a student who engages in a union at my university and who carries the values of the union and not at all those of the extremes. It’s why I’m there.”

The extreme reactions and hate Pougetoux faces sheds light on France’s identity crisis, unable to recognise all its citizens and apparently frightened of its own multicultural reflection.

Intellectuals, philosophers and politicians all waded in to discuss the role of religion in public life.

The Minister of Interior, Gérard Collomb, described Pougetoux’s appearance as “proselytism” on behalf of the Islamic State and “shocking”. He noted that “a certain number of young people can be attracted to the theses of Daesh.” [Daesh is an Arabic acronym for the Islamic State]

Another minister, the State Secretary for Gender Equality Marlène Schiappa, said that the student representative wearing a veil was a “way of promoting political Islam”.

Perhaps surprisingly, criticism of Pougetoux ranged from the far right to the far left. Jean-Luc Mélenchon, head of France’s hard-left opposition, said that although the young woman hadn’t done anything illegal, her appearance comes at a time when religion is playing a bigger role in society.

“It’s as if I was wearing an enormous cross,” he said. Bouvet asserted that he was simply observing an inconsistency.

“How is it possible simultaneously to defend progressive/feminist principles (contraception, abortion, marriage for everyone …) and ostentatiously display religious belief?”

Pundit, Thomas Legrand, and celebrity host, Yann Barthès labelled her outfit “the opposite of feminism”.

Muslim women have struggled to find allies in mainstream French feminist movements who view the headscarf as a patriarchal imposition and are unable to see their agency or choice in the matter.

The UNEF was quick to defend its spokesperson.

“If Maryam is being attacked it is because she is a Muslim woman wearing a veil and with responsibilities in the union… Hiding behind [Laurent Bouvet’s] supposed debate on excluding secularism is openly Islamophobic.”

However, the debate has only grown more fractured after satirical magazine Charlie Hebdo put a caricature of Pougetoux on the frontpage likening her to a monkey, with a thought bubble on the cartoon, reading: “They chose me to head the UNEF (French National Student Union).”

Twitter users have pointed out the racist nature of the image and how vile it is to target a teenager.

“It is not the first time Charlie Hebdo does something outrageous and unacceptable. It is one thing to stand for freedom of speech, but that comes with responsibility,” Yasser Louati, a French human rights and civil liberties activist, told HOPE not hate.

“When you have Charlie Hebdo picturing Muslims and black folks as monkeys, that is a complete normalisation of racist rhetoric. We can’t on the one hand accept such drawings and then the next day, say the Republic stands against racism – the hypocrisy needs to stop,” he adds.

“My veil does not play a political role. It is my faith. Of course, it is visible but that does not mean that I am preaching. I need to justify it, although I should not have to,” Pougetoux told Buzzfeed.

By wearing a headscarf in her role of union representative, Pougetoux was not breaking the law. In France – which became a secular state when the state and church separated in 1905 – it is forbidden to wear “ostensible signs of religion” if you work for the state, for example in a public school, a public transport company or in a hospital.

Pupils in state schools and universities are also banned from wearing them. A more recent law passed in 2011 forbids anyone from wearing garments which cover their face including burkas, niqabs, cagoules and masks in the street and in the public space generally.

The controversy came just a few weeks after another row about a Muslim woman, the first veiled candidate on the French version of the television singing competition The Voice, Mennel Ibtissem. She was pressured into dropping out of the competition, however, after viewers combed through her digital history and declared her to be a radical.

Supporters of Pougetoux have pointed out how visibly Muslim women have again and again been singled out for criticism, denied their own agency, and prevented from engaging in public life.

Pougetoux summed up the Catch-22 situation French Muslim women find themselves in.

“If we stay at home, they say we are submissive. If we speak up, if we take action, they say that we are not allowed to do so.”

She added that she hoped the debate around her veil would make minds evolve, and that “people will tell themselves that it’s possible to be a woman, a French citizen, a Muslim, veiled, a student, and to take action for others”. 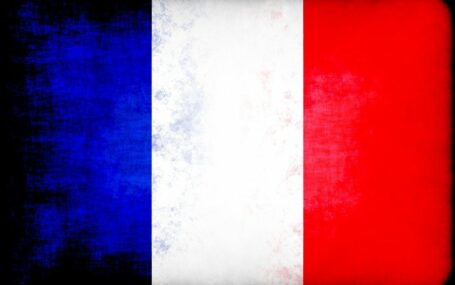 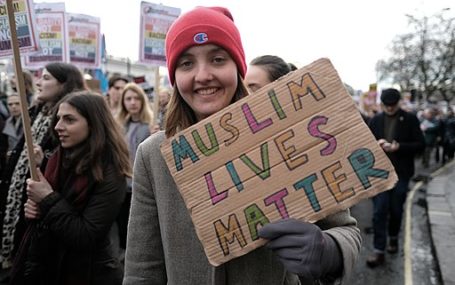 What do British Muslims think?