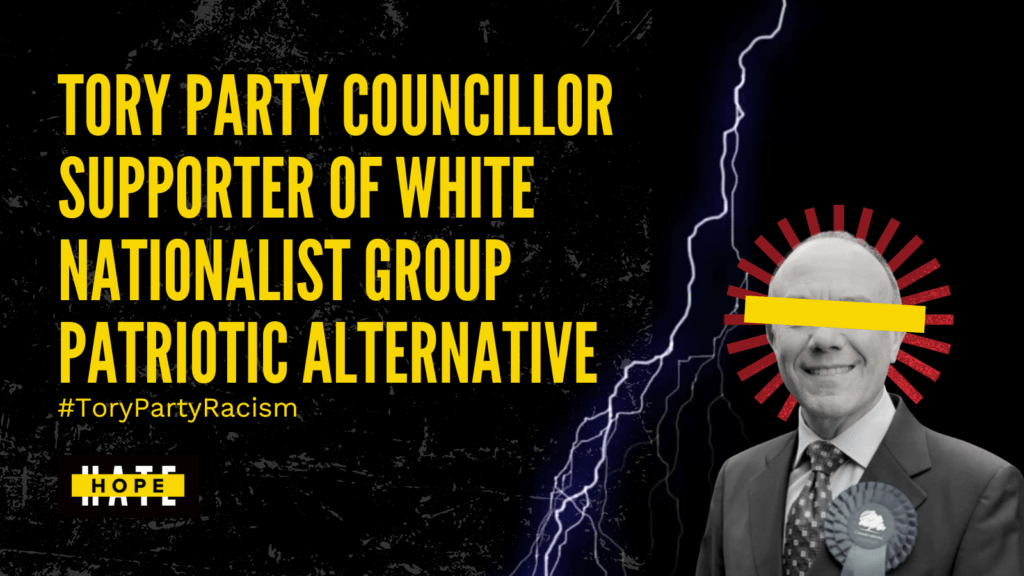 Tomorrow, a by-election will be taking place to elect a new councillor to represent Worthing’s Marine Ward. This is because the former Conservative councillor for Marine ward, Tim Wills, resigned his seat after our research team revealed he was an active member of the antisemitic, white nationalist group, Patriotic Alternative.

The public social media accounts of Cllr Tim Wills contained the standard fare of an enthusiastic Conservative borough councillor. But on a private Telegram chat group, Wills revealed himself to be an enthusiastic supporter of Patriotic Alternative (PA), a racial nationalist and fascist organisation that seeks the removal of ethnic minorities from the UK.

According to findings by HOPE not hate:

While we welcomed the resignation of Tim Wills from the party, the fact that Wills stated in the messenger chat that there is a ‘right wing minority’ within the party who support his views should act as a wake up call to those who still deny the scale of the internal racism and Islamophobia  issue facing the Conservatives.

You can read more about who patriotic alternative are in our new report Patriotic Alternative: Britain’s fascist threat

The by-election will be taking place on Thursday, December 2 and polls will be open from 7 am until 10 pm.