Standing in solidarity with the RNLI 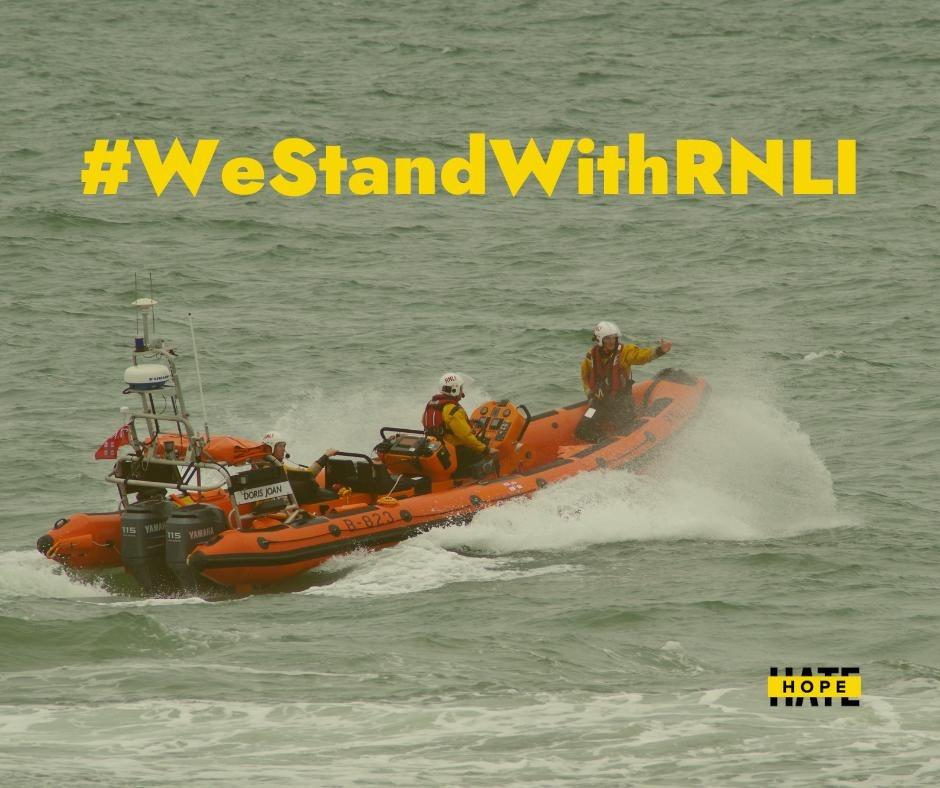 While the government has been focused on how to make British borders as hostile as possible, coming up with new and innovative ways to keep asylum seekers out, lives continue to be lost at sea. The Royal National Lifeboat Institute (RNLI), a charity made up of mostly volunteers committed to saving lives at sea, might seem like a surprising organisation to attack. But it’s important to note this hasn’t come out of nowhere. While the RLNI has continued to save people from drowning at sea, the Home Secretary, Priti Patel, discussed creating wave machines to send people back to France, the idea of jailing desperate people in offshore detention centres, and even criminalising those who save drowning people in the English Channel.

The government’s rhetoric and the reactionary press headlines which slated people seeking refuge has emboldened far right activists.The RNLI has increasingly come under attack, and suffered vile abuse for bringing boats crossing the English Channel to safety. That’s why, in July 2021, we launched a campaign in solidarity with the RNLI and stood alongside so many others who were outraged by the dehumanising language used to describe asylum seekers and refugees.

Now, a few months on, the RNLI has been the subject of abuse once more. ​Recently, an attempt was made in Hastings to stop a RNLI lifeboat launching into the Channel just days before 27 people lost their lives trying to cross. RLNI has also had to report threatening emails they’ve received to the police.

Last week, far right group Britain First launched a campaign to bombard the RNLI with complaints over English Channel crossings. The group has set up an online form for supporters to send harassing messages to the RNLI to stop its “treacherous activities” and accuse them of being “engaged in people trafficking in the English Channel”. The headline on the campaign page reads: “COMPLAIN: HELP PRESSURE THE RNLI TO CEASE THEIR SUPPORT FOR ILLEGAL IMMIGRATION AND PEOPLE TRAFFICKING IN THE CHANNEL!”. They claim that the RNLI is facilitating trafficking, amounting to what they describe as a national embarrassment.

Attacking a charity which saves lives in order to fuel anti-migrant hate is despicable. The RNLI is an institution to be proud of, and the fact that over 16,500 people signed our campaign in support of them is testament to how admired their work is.

That’s over 5 times the amount that have taken part in Britain First’s harassment campaign, but together we can get that number even higher. Let’s send a message loud and clear that hate-fuelled groups like Britain First don’t speak for us. We have already sent the RNLI hundreds of messages of solidarity from our wonderful supporters. If you would like to add one too, you can do so here.

Britain First: Dysfunctional, Dangerous and in our Communities
Blog