I’ll Be Back: The Rise of Far-Right Alt-Tech

In October 2021, the former chief spokesman for the Donald Trump 2016 presidential campaign, Jason Miller, travelled to Europe for a meeting. At lunchtime on Tuesday 21st, at the Spreegold restaurant in Berlin, he was joined by Lutz Bachmann and Siegfried Daebritz from the German group PEGIDA, Stephen Lennon (Aka Tommy Robinson) from the UK and Matthew Tyrmand of the US based Project Veritas. They met, according to the far-right website Gateway Pundit, to plan the ‘defence of the West’.

Miller had travelled across the Atlantic to encourage some of the best known far-right extremists in Europe to join his new social media platform, Gettr. A few weeks later Tyrmand, his International Coordinator, described the purpose of Gettr as a “right platform for ideas to proliferate and to win in the battle of ideas and help save western civilisation.”

Miller’s trip had not been wasted as before the meeting had even ended, Lennon made a video encouraging his supporters to join the new social media app: “I’ve asked lots of questions today to know that it is going to be a free speech platform that we can all use, so watch this space.” In another message on his Telegram channel he wrote, “I’m loving this platform. No censorship, seamless, and big things coming down the road. The future is brighter at Gettr. A real alternative to the censorious far left echo chamber known as Twitter.”

By 22 December Lennon had accrued 50,000 followers on Gettr, rising to 100,000 by 4 January, 150,000 by 14 January and by February 2022 he had reached over 180,000 followers. This was in addition to his 155,000 followers on Telegram and 28,000 subscribers on the video sharing platform Bitchute. In one GETTR livestream he excitedly said, “Just watch the numbers continue to rise on the alternative platforms, we’re getting our voice back.”

While significantly less than the one million followers he had on Facebook back in 2019, Lennon’s rapid growth on alternative social media begs the question whether so-called alt-tech has finally become a genuinely viable option for the deplatformed far right?

In recent years the far right have been faced with an increasingly important problem, namely being hugely dependent on internet platforms while not being in control over them. For most of the postwar period far-right activists were actively marginalised from mainstream discourse, making it difficult for extremists to reach large audiences.

For this reason, the far right were enthusiastic early adopters of the internet, quickly seeing it as an opportunity to disseminate their ideas without the gatekeepers of the mainstream media. The subsequent advent of social media then afforded them opportunities that were previously unimaginable with online platforms allow not just the dissemination of information to huge new audiences but also as a way to network within a movement and across ideological and national boundaries.

However, following numerous waves of deplatforming and increasingly effective content moderation practices, far-right activists once again found themselves being marginalised from public debate.

Alive to their increasing marginalisation the far right began to migrate to alternative and usually smaller platforms, often only to find themselves being removed soon after or the new platform falling into obscurity. The solution was obvious though not easy, they needed to create their own alternative technologies that they used and also controlled. The result of this is that there are now essentially three categories of social media platforms used by the far-right.

Mainstream platforms are those that are large and widely used across society such as Facebook, Twitter, Instagram, Youtube and TikTok. While these platforms all have an extremism problem, they generally have terms and policies that prohibit extreme and discriminatory behaviour, even if they don’t always enact them as consistently as necessary. Where possible the far right want to remain on these as they afford them huge audiences beyond their existing supporter base. This is where they want to propagandise and recruit.

Next are co-opted platforms which are those not created for or by the far right, but which have become widely used by the movement, either because of a loose policies, a lack of moderations, or a libertarian attitude towards deplatforming and content removal. Most notable is Telegram which is an enormous social media app with over one billion downloads globally, however, due to its consistent failure to remove extremist activity, it has become a central home for the contemporary far right. The danger for the far right with these platforms is that they may eventually choose to clean up their act and remove illegal or harmful content making them insecure homes in the long term.

The final category is bespoke platforms which is a growing group of platforms, created by the far right themselves or by people consciously courting extremists. Many of these platforms are essentially clones of major platforms functionality but with little to no moderation. The best known of these are Gab, Bitchute and most recently, Gettr.

For some on the far-right, namely those people and groups widely deplatformed, alt-tech platforms are replacements, as close to a straight swap as they can manager. Gab and Gettr replace their deleted Twitter, while Bitchute or Rumble replace their lost YouTube channel.

The Problem With Alt-Tech

While nothing new, the far-right Reddit alternative Voat was launched back in 2014, the creation of alt-tech and bespoke far-right platforms has generally been unsuccessful. Most attempted platforms have had short lifespans and soon collapsed or become semi-dormant. Even the ones that survive suffer from far-right ghettoisation. Part of the appeal of social media for the far right was the ability it afforded them to attack victims, troll ‘normies’, propagandise and recruit new activists. While their own platforms provide a safe-haven of sorts, the possibility of unmoderated speech is in itself not enough of a reason to continue to engage.

Other issues are more practical in nature, reflecting the quality of the platforms themselves. The polish of mainstream platforms like Facebook, Twitter, and Youtube has ultimately made the general user picky and impatient when it comes to competing platforms and often the user experience on alt-platforms is noticeably worse.

There is also the issue that even so-called ‘free speech platforms’ invariably have to remove some illegal speech. While many often don’t, the ones that are looking to attract larger and more mainstream audiences will begin to do so, at which point their core users begin to feel betrayed.

All of this is compounded by the issue that a well-constructed platform is of no use if the domain name is seized or its hosting is shut down which is why the question of control over the infrastructural services upon which the modern web relies remains a hurdle for them.

However, while many of these issues remain a problem, the last few years have seen the emergence of a far more viable alternative online space. Whether it is video sharing platforms such as Bitchute or Odysee, or Twitter clones like Gab or Gettr, the quality, reliability and user experience has increased dramatically.

Some far-right activists, most notably figures like Stephen Lennon who posses an international following, have managed to build significant followings on these alternative platforms which once again allows them to reach large audiences. Lennon regularly livestreams on Gettr to thousands of people all over the world, something not possible since being deplatformed by Twitter in 2018.

Thankfully most other UK far-right groups and individuals have continued to struggle to build large audiences on alternative platforms, especially Britain First who once had more than 2 million likes on Facebook but now have under 2000 followers on Gettr.

While debates continue to rage about the efficacy of the tactic of deplatforming, it is still the case that the far-right reach far fewer people on alt-tech platforms than they did on major social media outlets. However, over the last few years, the alt-tech online space has developed rapidly and is becoming an increasingly viable alternative which should worry us all. 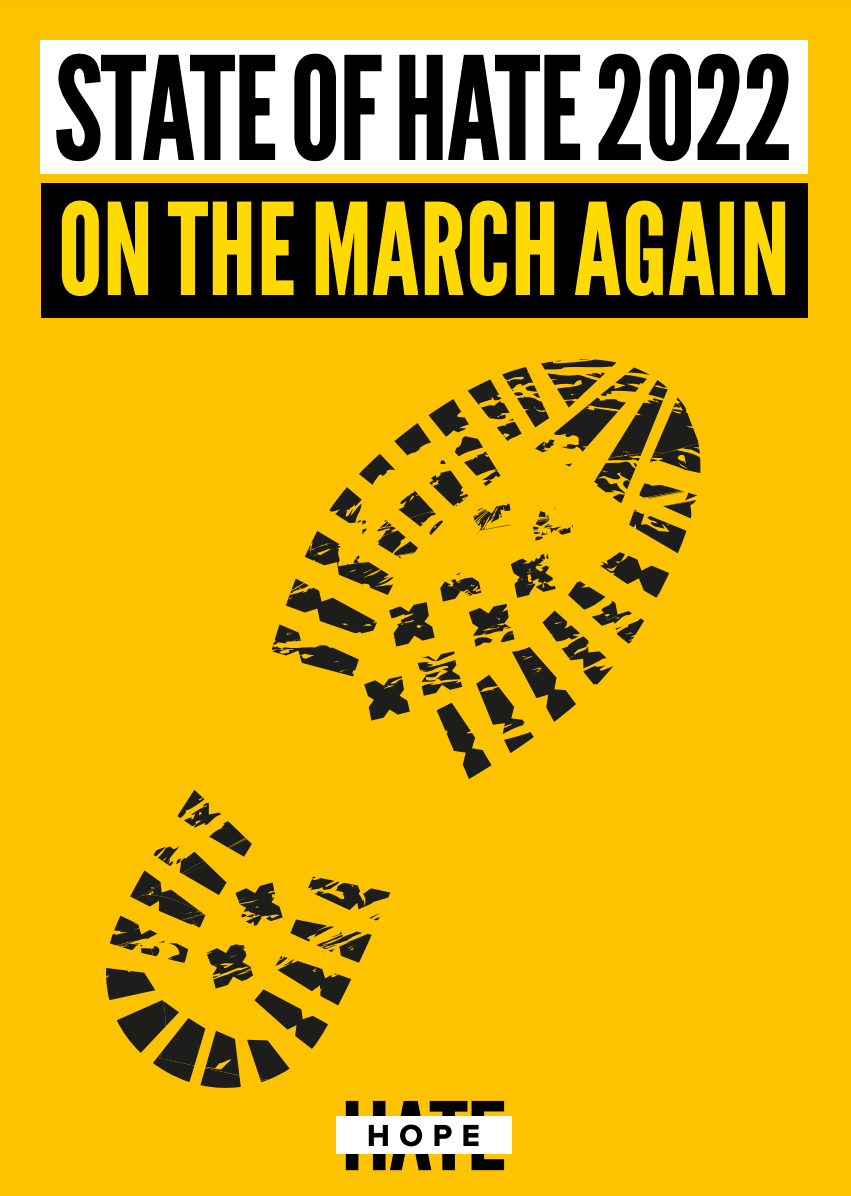