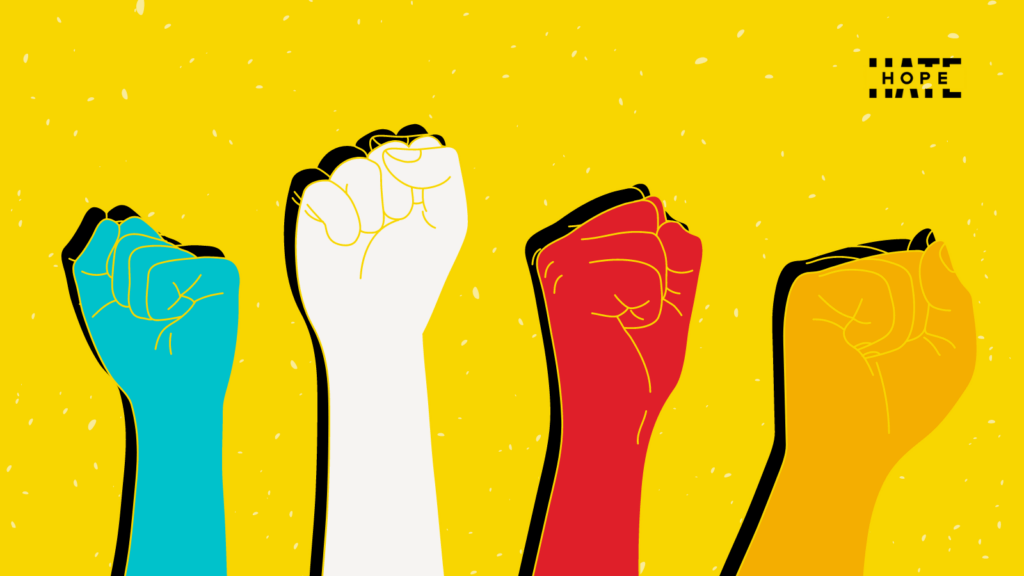 The results are in: the 2022 local elections have been disastrous for the electoral far right, who have been roundly rejected at the polls yet again.

We’ve been reflecting on how campaigning around the local elections went, and what this means for our work in the coming months. And this got us thinking about everything the HOPE not hate community has already achieved together this year – so we’ve pulled together this ‘good news round up’.

Here’s why the local elections are such a strong example of what the HOPE not hate community can achieve when we all work together in the fight against hate:

All this goes to show how powerful we are when we come together in the fight against hate. Will you join us by becoming a HOPE not hate member today?

And there’s more! Here are some of the other successes we’ve had together this year:

Making a splash in the press

Our work has been covered in a broad range of press outlets, reaching new audiences with our messages of hope. Earlier this week our research was featured on Channel 4’s episode of Dispatches covering the far right, which you can watch here).

Despite thinly veiled threats from Stephen Lennon (a.k.a. Tommy Robinson), we continue to keep up the pressure on the far right thug after the incredible response to our investigation crowdfunder from the HOPE not hate community. He’ll be back in court in the coming weeks and we will continue to work tirelessly to try and make sure that Jamal and his family see Robinson pay up.

Thanks to HOPE not hate supporters and a range of incredible Uyghur and human rights groups, an amendment to the Health and Care Bill means that the NHS is now responsible for assessing the level of risk associated with suppliers and whether they should be blacklisted. This covers the procurement of goods made using forced labour, including Uyghur communities in China.

We launched our new Deradicalisation Unit to address the growing number of requests we’ve had about people being drawn to far right extremism, particularly through online radicalisation. We’ve recruited a new caseworker and psychologist to offer support and advice for those who may be at danger of “going down the rabbit hole”.

As part of the parliamentary debate on the Online Safety Bill, HOPE not hate was namechecked for our research and a number of MPs across the political spectrum raised our concerns about smaller and non-mainstream platforms not being covered by the proposed legislation.

We can only do this work because of our members, who chip in whatever they can afford monthly. If you’re not already, will you become a member of the HOPE Action Fund today?